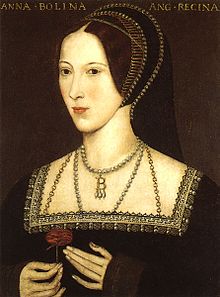 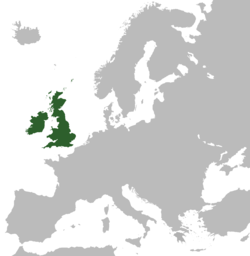 1057 – Macbeth (Mac Bethad mac Findlaích ) killed at the Battle of Lumphanan by the forces of Máel Coluim mac Donnchada (the future King Malcolm III.)  According to tradition, the battle took place near the Peel of Lumphanan in Aberdeenshire. Macbeth’s Stone, some 300 metres  south-west of the peel, is said to be the stone upon which Macbeth was beheaded – although The Prophecy of Berchán ( a verse history which purports to be a prophecy) has it that he was wounded and died at Scone, sixty miles to the south, some days later.

1928 – Nicolas Roeg born. English film director and cinematographer.  He started his film career by contributing to the visual look of Lawrence of Arabia and Roger Corman’s The Masque of the Red Death, and co-directing Performance in 1970. He would later direct such landmark films as Walkabout, Don’t Look Now and The Man Who Fell to Earth.

1941 – Corporal Josef Jakobs executed by firing squad at the Tower of London at 7:12 am, making him the last person to be executed at the Tower for treason. He  was a German spy who was captured shortly after parachuting into the United Kingdom during the Second World War. Convicted of espionage under the Treachery Act 1940, he was shot by a military firing squad.

1963 – Execution of Henry John Burnett, the last man to be hanged in Scotland

1965 – The Beatles played to nearly 60,000 fans at Shea Stadium in New York, New York, an event later regarded by some as the birth of stadium rock.

1967 – René Magritte died. Belgian surrealist artist. He became well known for a number of witty and thought-provoking images that fell under the umbrella of surrealism.

1977 – The Big Ear, a radio telescope operated by Ohio State University as part of the SETI project, received a radio signal, the so-called Wow ! signal,  from deep space – a strong narrowband radio signal detected by Jerry R. Ehman. The signal bore expected hallmarks of potential non-terrestrial and non-Solar System origin. It lasted for the full 72-second duration that Big Ear observed it, but has not been detected again.

Amazed at how closely the signal matched the expected signature of an interstellar signal in the antenna used, Ehman circled the signal on the computer printout and wrote the comment “Wow!” on its side, and so it became known.

2008 – Jerry Wexler died.  A music journalist turned music producer, he was regarded as one of the major record industry players  from the 1950s through the 1980s. He coined the term “rhythm and blues” in  1948 as a musical marketing term replacing the term “race music”, and was integral in signing and/or producing many of the biggest acts of the last 50 years, including Ray Charles, the Allman Brothers, Aretha Franklin, Led Zeppelin, Wilson Pickett, Dire Straits, Dusty Springfield and Bob Dylan.