Tag Archives: Theatre Of The Absurd

193 – Roman Emperor Pertinax was assassinated by Praetorian Guards, who then sold the throne in an auction to Didius Julianus.

Claudius Sulpicianus, prefect of the city, father-in-law of the murdered emperor began making offers. When Julianus, having been roused from a banquet by his wife and daughter,arrived in all haste, he was  unable to gain admission to the auction, so stood before the gate, and with a loud voice competed for the prize.

As the bidding went on, the soldiers reported to each of the two competitors, the one within the fortifications, the other outside the rampart, the sum offered by his rival.

Eventually Sulpicianus promised 20,000 sesterces to every soldier; Julianus, fearing that Sulpicianus would gain the throne, then offered 25,000. The guards immediately closed with the offer of Julianus, threw open the gates, saluted him by the name of Caesar, and proclaimed him emperor. Threatened by the military, the Senate declared him emperor.

Julianus was killed in the palace by a soldier in the third month of his reign , his last words were “But what evil have I done? Whom have I killed?” 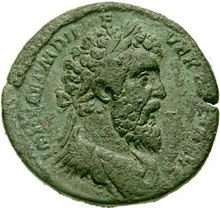 1871 – The Paris Commune was formally established in Paris.  In a formal sense, it acted as the local authority, the city council (in French, the “commune”), which exercised power in Paris for two months in the spring of 1871.

However, the conditions in which it formed, its controversial decrees, and the indiscriminate violence with which it was brutally suppressed make its brief tenure one of the more important political episodes in the history of working class revolutions.

The Paris Commune existed before the split between anarchists and Marxists, and is hailed by both groups as the first assumption of power by the working class during the Industrial Revolution. 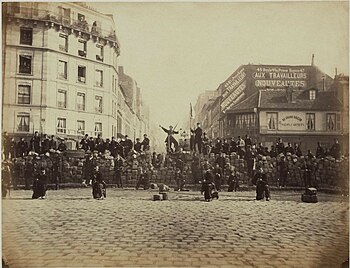 Handy remains among the most influential of American songwriters. Though he was one of many musicians who played the distinctively American form of music known as the blues, he is credited with giving it its contemporary form.

1994 – Eugène Ionesco died.  Romanian / French playwright and dramatist, and one of the foremost playwrights of the Theatre of the Absurd.

Beyond ridiculing the most banal situations, Ionesco’s plays depict in a tangible way the solitude and insignificance of human existence.

1883 – Edgard Varèse born. French-born composer who spent the greater part of his career in the United States. Varèse’s music emphasizes timbre and rhythm, he was the inventor of the term “organized sound”, a phrase meaning that certain timbres and rhythms can be grouped together, sublimating into a whole new definition of music.

Although his complete surviving works only last about three hours, he has been recognised as an influence by several major composers of the late 20th century. His use of new instruments and electronic resources led to his being known as the “Father of Electronic Music” while Henry Miller described him as “The stratospheric Colossus of Sound”.

One of Varèse’s biggest fans was Frank Zappa, who, upon hearing a copy of The Complete Works of Edgard Varèse, Vol. 1, became obsessed with the composer’s music.

1989 – Samuel Beckett died. Irish avant-garde novelist, playwright, theatre director, and poet, who lived in Paris for most of his adult life and wrote in both English and French.

His work offers a bleak, tragicomic outlook on human nature, often coupled with black comedy and gallows humour, and he is widely regarded as among the most influential writers of the 20th century.

Strongly influenced by James Joyce, he is considered one of the last modernists, and also sometimes  one of the first postmodernists. He is one of the key writers in what Martin Esslin called the “Theatre of the Absurd”.

1909 – Eugène Ionesco born.  Romanian and French playwright and dramatist, and one of the foremost playwrights of the Theatre of the Absurd. Beyond ridiculing the most banal situations, Ionesco’s plays depict in a tangible way the solitude and insignificance of human existence.

1922 – Howard Carter and Lord Carnarvon become the first people to enter the tomb of Pharaoh Tutankhamun in over 3000 years.

With Carnarvon, Carnarvon’s daughter, and others in attendance, Carter made the “tiny breach in the top left hand corner” of the doorway, and was able to peer in by the light of a candle and see that many of the gold and ebony treasures were still in place.

He made the breach into the tomb with a chisel his grandmother had given him for his seventeenth birthday. He did not yet know at that point whether it was “a tomb or merely a cache”, but he did see a promising sealed doorway between two sentinel statues. When Carnarvon asked “can you see anything?”, Carter replied with the famous words: “Yes, wonderful things.” 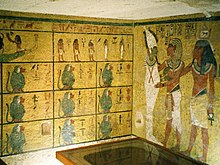 1923 – Pat Phoenix born. English actress who became one of the first sex symbols of British television through her role of Elsie Tanner in Coronation Street – described by Prime Minister James Callaghan as “the sexiest thing on television”.  She also featured her on the cover of one of the Smiths‘ singles, “Shakespeare’s Sister”.

1939 – Tina Turner born. American singer whose career has spanned more than half a century, earning her widespread recognition and numerous awards.Turner started out her music career in the mid-1950s as a featured singer with Ike Turner’s Kings of Rhythm, first recording in 1958 under the name Little Ann with the song, “Box Top”. Her introduction to the public as Tina Turner began in the early 1960s with Ike as a member of the Ike & Tina Turner Revue.

1977 – ‘Vrillon’, claiming to be the representative of the ‘Ashtar Galactic Command’, took over Britain’s Southern Television for six minutes at 5:12 pm.  Generally considered to be a hoax, but the identity of the intruder is unknown.

The voice, which was disguised and accompanied by a deep buzzing, broke into the broadcast , over-riding the UHF audio signal of the early-evening news to warn viewers that “All your weapons of evil must be destroyed” and “You have but a short time to learn to live together in peace.”

The interruption ceased shortly after the statement had been delivered, transmissions returning to normal shortly before the end of a Looney Tunes cartoon. Later in the evening, Southern Television apologised for what it described as “a breakthrough in sound” for some viewers.

The message in full-

This is the voice of Vrillon, a representative of the Ashtar Galactic Command, speaking to you. For many years you have seen us as lights in the skies. We speak to you now in peace and wisdom as we have done to your brothers and sisters all over this, your planet Earth.

We come to warn you of the destiny of your race and your world so that you may communicate to your fellow beings the course you must take to avoid the disaster which threatens your world, and the beings on our worlds around you. This is in order that you may share in the great awakening, as the planet passes into the New Age of Aquarius. The New Age can be a time of great peace and evolution for your race, but only if your rulers are made aware of the evil forces that can overshadow their judgments.

Be still now and listen, for your chance may not come again.

All your weapons of evil must be removed. The time for conflict is now past and the race of which you are a part may proceed to the higher stages of its evolution if you show yourselves worthy to do this. You have but a short time to learn to live together in peace and goodwill.

Small groups all over the planet are learning this, and exist to pass on the light of the dawning New Age to you all. You are free to accept or reject their teachings, but only those who learn to live in peace will pass to the higher realms of spiritual evolution.

Hear now the voice of Vrillon, a representative of the Ashtar Galactic Command, speaking to you. Be aware also that there are many false prophets and guides operating in your world. They will suck your energy from you – the energy you call money and will put it to evil ends and give you worthless dross in return.

Your inner divine self will protect you from this. You must learn to be sensitive to the voice within that can tell you what is truth, and what is confusion, chaos and untruth. Learn to listen to the voice of truth which is within you and you will lead yourselves onto the path of evolution.

This is our message to our dear friends. We have watched you growing for many years as you too have watched our lights in your skies. You know now that we are here, and that there are more beings on and around your Earth than your scientists admit.

We are deeply concerned about you and your path towards the light and will do all we can to help you. Have no fear, seek only to know yourselves, and live in harmony with the ways of your planet Earth. We of the Ashtar Galactic Command thank you for your attention. We are now leaving the plane of your existence. May you be blessed by the supreme love and truth of the cosmos.