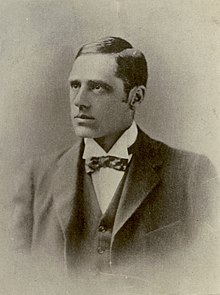 1854 – In his Apostolic constitution Ineffabilis Deus, Pope Pius IX proclaims the dogmatic definition of Immaculate Conception, which holds that the Virgin Mary was born free of original sin. 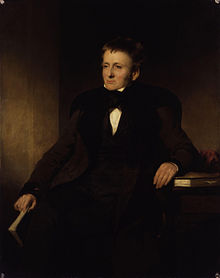 1860 – Amanda McKittrick Ros born. Northern Irish writer and poet.  Her eccentric, over-written, “purple” circumlocutory writing style is alleged by some critics to be some of the worst prose and poetry ever written, although of course that’s a matter of taste.

I like her poem “Visiting Westminster Abbey,” which opens:

Holy Moses! Take a look!
Flesh decayed in every nook!
Some rare bits of brain lie here,
Mortal loads of beef and beer.

…which perfectly sums up my own feelings about churches stuffed full of the tombs of the great and the good (or, at least, the rich and the powerful).

I believe her novels are out of print, but you can find her Irene Iddesleigh online here-

Sympathise with me, indeed! Ah, no! Cast your sympathy on the chill waves of troubled waters; fling it on the oases of futurity; dash it against the rock of gossip; or, better still, allow it to remain within the false and faithless bosom of buried scorn.

Such were a few remarks of Irene as she paced the beach of limited freedom, alone and unprotected. Sympathy can wound the breast of trodden patience,—it hath no rival to insure the feelings we possess, save that of sorrow.

The gloomy mansion stands firmly within the ivy-covered, stoutly-built walls of Dunfern, vast in proportion and magnificent in display. It has been built over three hundred years, and its structure stands respectably distant from modern advancement, and in some degrees it could boast of architectural 10 designs rarely, if ever, attempted since its construction.

Go on – you know you want to know the rest.

1939 – Jerry Butler born. American soul singer and songwriter. He was the original lead singer of The Impressions.

1943 – Jim Morrison born.  American singer-songwriter and poet, best remembered as the lead singer The Doors…that and for being found dead in a bathtub in Paris.

1533 – Atahualpa, the 13th and last emperor of the Incas, died by strangulation at the hands of Francisco Pizarro’s Spanish conquistadors. His death marked the end of 300 years of Inca civilization.

1887 – The Unua Libro (Esperanto:  First Book) was the first publication to describe the international language Esperanto (then called Lingvo Internacia, “international language”).First published in Russian  in Warsaw, by Dr. L.L. Zamenhof, the creator of Esperanto, over the next few years editions were published in Russian, Hebrew, Polish, French, German, and English.

The booklet included the Lord’s Prayer, some Bible verses, a letter, poetry, the sixteen rules of grammar and 900 roots of vocabulary. Zamenhof declared, “an international language, like a national one, is common property.” and signed the work as “Doktoro Esperanto”   –  the title stuck as the name of the language which means “one who is hoping”.

1894 – Aldous Huxley born – English author, best known for  his novel Brave New World and his experiments with  psychedelic drugs, resulting in the essays The Doors of Perception  (from which the band The Doors took their name).

1984 – Ed Gein died.  American murderer and grave robber., his crimes, committed around his hometown of Plainfield, Wisconsin, gathered widespread notoriety after authorities discovered he had exhumed corpses from local graveyards and fashioned trophies and keepsakes from their bones and skin, although he apparently drew the line at necrophilia. After police found body parts in his house in 1957, Gein confessed to killing two women.

The police investigation of his house uncovered –

Sentenced to life imprisonment in a mental hospital,  his case influenced the creation of several fictional serial killers, including Norman Bates from Psycho, Leatherface from The Texas Chainsaw Massacre and Jame Gumb from The Silence of the Lambs.