Christina apparently died aged 22. Carried to church in an open coffin for requim mass, she not only came back to life but also “…soared to the beams of the roof, and there perched herself”, much to the understandable disconcertion of the congregation.

She claimed that she really had been dead, had visited Heaven, Hell and Purgatory, and then went on to spend the next 50-odd years of her life [she died again and for keeps this time on this day in 1224] generally running wild in a manner which in a less-lucky person might have resulted in accusations of witchcraft [or being undead] – as chronicled by her contemporaries,  she would throw herself into burning furnaces and there suffered great tortures for extended times, uttering frightful cries, yet coming forth with no sign of burns upon her.

In winter she would plunge into the frozen Meuse River for hours and even days and weeks at a time, all the while praying to God and imploring God’s mercy. She sometimes allowed herself to be carried by the currents downriver to a mill where the wheel “whirled her round in a manner frightful to behold,” yet she never suffered any dislocations or broken bones. She was chased by dogs which bit and tore her flesh. She would run from them into thickets of thorns, and, though covered in blood, she would return with no wound or scar.

Suprise, suprise – veneration of Christina has never been formally approved by the Catholic Church, but there still remains a strong devotion to her in her native region of Limburg. 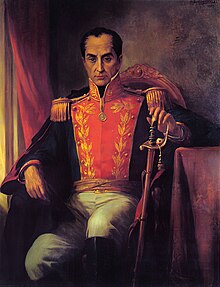 1895 – Robert Graves born. English poet, scholar/translator/writer of antiquity specializing in Classical Greece and Rome, and novelist. He produced more than 140 works, and his  poems—together with his translations and innovative analysis and interpretations of the Greek myths, his memoir of his early life, including his role in the First World War, Goodbye to All That, and his speculative study of poetic inspiration, The White Goddess—have never been out of print. Also wrote   I, Claudius.

2001 – Simeon Saxe-Coburg-Gotha, the last Tsar of Bulgaria when he was a child, was sworn in as Prime Minister of Bulgaria, becoming probably  the first monarch in history to regain political power through democratic election to a different office.