1966 – Sophie Tucker died.  Ukraine born  singer, comedian, actress and radio personality. Known for her stentorian delivery of comical and risqué songs, she was one of the most popular entertainers in America during the first half of the 20th century,  widely known as “The Last of the Red Hot Mamas.”

1981 – Bill Haley died. Credited by many with first popularizing rock n roll  in the early 1950s with his group Bill Haley & His Comets and million selling hits such as, “Rock Around the Clock”, “See You Later Alligator”, and “Shake Rattle and Roll“. He has sold over 100 million records worldwide.

37 – Nero born. Nero Claudius Caesar Augustus Germanicus, Roman Emperor from 54 to 68, and the last in the Julio-Claudian dynasty. 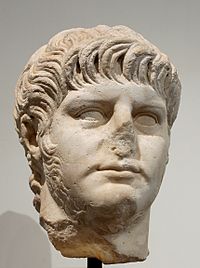 1890 – Sitting Bull died. Hunkpapa Lakota Sioux holy man who led his people as a tribal chief during years of resistance to United States government policies. Born near the Grand River in Dakota Territory, he was killed by Indian agency police on the Standing Rock Indian Reservation during an attempt to arrest him and prevent him from supporting the Ghost Dance movement.

1921 – Alan Freed born.  American disc jockey. He became internationally known for promoting the mix of blues, country and rhythm and blues music on the radio in the United States and Europe under the name of rock and roll. His career was destroyed by the payola scandal that hit the broadcasting industry in the early 1960s.

1973 – The American Psychiatric Association voted 13–0 to remove homosexuality from its official list of psychiatric disorders, The Diagnostic and Statistical Manual of Mental Disorders (DSM).

1854 – Arthur Rimbaud born.  French poet. Born in Charleville, Ardennes, he produced his works while still in his late teens—Victor Hugo described him at the time as “an infant Shakespeare”—and he gave up creative writing altogether before the age of 20. As part of the decadent movement, Rimbaud influenced modern literature, music, and arts, and prefigured surrealism. 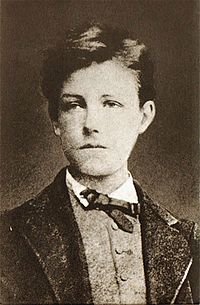 1882 – Bela Lugosi born.  Hungarian actor, who is best known for playing the character “Dracula” in the 1931 film and for his roles in various other horror films. Through the 1930s, he occupied an important niche in popular horror films, with their East European setting, but his Hungarian accent limited his repertoire, and he tried unsuccessfully to avoid typecasting.

1937 – Wanda Jackson born. American singer, songwriter, pianist and guitarist who had success in the mid-1950s and 1960s as one of the first popular female rockabilly singers and a pioneering rock and roll artist. She is known to many as the Queen (or First Lady) of Rockabilly.

1947 – The House Un-American Activities Committee begins its investigation into Communist infiltration of Hollywood, resulting in a blacklist that prevents some from working in the industry for years.

1967 – A purported Bigfoot is filmed by Roger Patterson and Robert Gimlin in the Six Rivers National Forest outside of Crescent City, California.

1871 – Charles Babbage died. Considered a “father of the computer”, Babbage is credited with inventing the first mechanical computer that eventually led to more complex designs. And ultimately to you reading this.

1898 – Lotte Lenya born.  Austrian singer, diseuse, and actress.  In the German-speaking and classical music world she is best remembered for her performances of the songs of her husband, Kurt Weill. In English-language film she is remembered for her Academy Award-nominated role in The Roman Spring Of Mrs. Stone (1961) and as the sadistic and vengeful Rosa Klebb in the James Bond movie From Russia With Love.

1926 – Chuck Berry born. American guitarist, singer and songwriter, and one of the pioneers of rock and roll music. With songs such as “Maybellene” (1955), “Roll Over Beethoven” (1956), “Rock and Roll Music” (1957) and “Johnny B. Goode” (1958), Chuck Berry refined and developed rhythm and blues into the major elements that made rock and roll distinctive, with lyrics focusing on teen life and consumerism and utilizing guitar solos and showmanship that would be a major influence on subsequent rock music

1939 – Lee Harvey Oswald born.  According to four government investigations, he was  the sniper who assassinated John F. Kennedy, the 35th President of the United States, in Dallas, Texas, on November 22, 1963.  Initially arrested for the murder of police officer J. D. Tippit, on a Dallas street approximately 40 minutes after Kennedy was shot. Suspected in the assassination of Kennedy as well, Oswald denied involvement in either of the killings.