1966 – Sophie Tucker died.  Ukraine born  singer, comedian, actress and radio personality. Known for her stentorian delivery of comical and risqué songs, she was one of the most popular entertainers in America during the first half of the 20th century,  widely known as “The Last of the Red Hot Mamas.”

1981 – Bill Haley died. Credited by many with first popularizing rock n roll  in the early 1950s with his group Bill Haley & His Comets and million selling hits such as, “Rock Around the Clock”, “See You Later Alligator”, and “Shake Rattle and Roll“. He has sold over 100 million records worldwide.

1599 – Edmund Spenser died.  English poet best known for The Faerie Queene, an epic poem and fantastical allegory celebrating the Tudor dynasty and Elizabeth I. He is recognised as one of the premier craftsmen of Modern English verse in its infancy, and is considered one of the greatest poets in the English language. 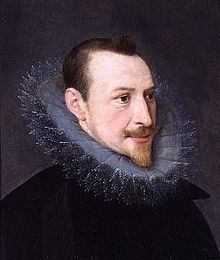 1884 – Sophie Tucker born.  Ukraine born singer, comedian, actress and radio personality. Known for her stentorian delivery of comical and risqué songs, she was one of the most popular entertainers in America during the first half of the 20th century,  widely known by the nickname “The Last of the Red Hot Mamas.”

1887 – George Gurdjieff born. Influential Armenian-born spiritual teacher of the early to mid-20th century who taught that the vast majority of humanity lives their entire lives in a state of hypnotic “waking sleep,” but that it was possible to transcend to a higher state of consciousness and achieve full human potential.

1941 – James Joyce died. Irish novelist and poet, considered to be one of the most influential writers in the modernist avant-garde of the early 20th century.

Joyce is best known for Ulysses (1922), a landmark work in which the episodes of Homer’s Odyssey are paralleled in an array of contrasting literary styles, perhaps most prominent amongst these the stream of consciousness technique he perfected.

Other major works are the short-story collection Dubliners (1914), and the novels A Portrait of the Artist as a Young Man (1916) and Finnegans Wake (1939). His complete oeuvre also includes three books of poetry, a play, occasional journalism, and his published letters. 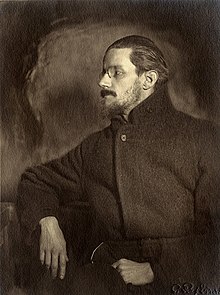 2009 – Patrick McGoohan died. American-born actor, brought up in Ireland and Britain, where he established an extensive stage and film career, with his most notable roles in the 1960s television series Danger Man  and The Prisoner, which he co-created,  a completely new, cerebral kind of series, stretching the limits of the established television formulae.

2010 – Teddy Pendergrass died.  American R&B/soul singer and songwriter. Pendergrass first rose to fame as lead singer of Harold Melvin & the Blue Notes in the 1970s before a successful solo career at the end of the decade. In 1982, he was severely injured in an auto accident in Philadelphia, resulting in his being paralyzed from the waist down.  He died of respiratory failure,  aged 59.