1717 – The Loves of Mars and Venus –  the first ballet performed in England – made its premiere at the Drury Lane Theater in London.

The creation of choreographer John Weaver,  the story of the ballet was derived from Greek mythology, although Weaver’s immediate source was P.A. Motteux‘s play, The Loves of Mars and Venus.

At the time, most classical ballet was nearly devoid of dramatic content, and Weaver sought to change that using  dancing, gestures and movement to convey the plot and emotions of the ballet, without relying on spoken or sung text.

1825 – Roberto Cofresí,  one of the last successful Caribbean pirates, was defeated in combat and captured by authorities.

Better known as El Pirata Cofresí,  he  was the most renowned pirate in Puerto Rico, and his life story, particularly in its Robin Hood “steal from the rich, give to the poor” aspect, has become legendary in Puerto Rico and throughout the rest of Latin America. It has inspired countless songs, poems, books and films.

The entire town of Cofresí, near Puerto Plata in the Dominican Republic, was named after him. 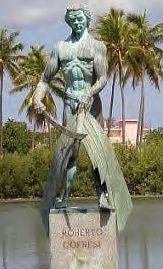 1900 – Kurt Weill born. German composer, active from the 1920s,  in his later years in the United States. He was a leading composer for the stage who was best known for his fruitful collaborations with Bertolt Brecht, with whom he developed productions such as his most well known work The Threepenny Opera, a Marxist critique of capitalism, which included the ballad “Mack the Knife“.

Lawrence’s opinions earned him many enemies and he endured official persecution, censorship, and misrepresentation of his creative work throughout the second half of his life, much of which he spent in a voluntary exile which he called his “savage pilgrimage”.

At the time of his death – from complications of tuberculosis –  his public reputation was that of a pornographer who had wasted his considerable talents. E. M. Forster, in an obituary notice, challenged this widely held view, describing him as, “The greatest imaginative novelist of our generation.”

Later, the influential Cambridge critic F. R. Leavis championed both his artistic integrity and his moral seriousness, placing much of Lawrence’s fiction within the canonical “great tradition” of the English novel. Lawrence is now valued by many as a visionary thinker and significant representative of modernism in English literature. 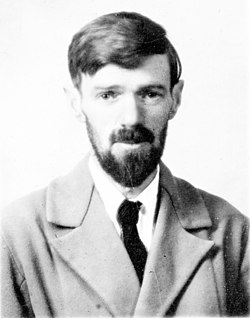 Variety thought the film a powerful adventure. The New York Times gave readers an enthusiastic account of the plot and thought the film a fascinating adventure,  although the   film’s subtextual threat to Aryan womanhood got Kong banned in Nazi Germany.

1942 – Lou Reed born. American rock musician, songwriter, and photographer. He is best known as guitarist, vocalist, and principal songwriter of The Velvet Underground, and for his solo career, which has spanned several decades.

Regarded as one of the most important figures in French popular music, he was renowned for his often provocative and scandalous releases, as well as his diverse artistic output, which embodied genres ranging from jazz, chanson, pop and yé-yé, to reggae, funk, rock, electronic and disco music – his extremely varied musical style and individuality make him difficult to categorize.

His legacy has been firmly established, and he is often regarded as one of the world’s most influential popular musicians.