A mystery explosion in Catterick in the early hours of Saturday morning has been followed by further reports of loud bangs across the country – leading to wild theories about meteors and spy planes.

The massive bang reported at around 3am on Saturday, heard in the Marne Barracks area of Catterick Village, resulted in the A1 being closed for more than 12 hours while extensive searches were carried out.

Police found no obvious signs of an explosion and say they may never know what caused the noise, although investigations are still ongoing.

Later on Saturday night, at around 10pm, people across Britain reported hearing loud bangs which experts have claimed could have been caused by a jet engine, fuelling some theories that they could have come from a top secret fighter plane.

The bangs could be heard from Glasgow to West Sussex and Devon and social media was awash with ideas about what could have created the noise which shook windows, woke children and alarmed animals.

A Sheffield-based engineering research associate among a team of scientists working the technology behind types of pulse detonation engine said test engines could often be heard for miles.

“When we run a test engine it’s a real industrial noise and you can hear it for miles. We have people coming to us asking to make less noise or keep it to the daytime.”

The engine works by using the force from a series of explosions, caused by mixing a fuel mist and air intake, to thrust itself forward. It is thought to be able to power planes at five times the speed of sound.

The technology builds upon ‘pulsejet‘ principles which first emerged in the early 1900s and were used in German V-1 flying bombs.

Test flights using the most recent forms of the technology have lasted only a few seconds, but it is still listed by conspiracy theorists as a possible way of powering the so-called Aurora spy jet.

The theorists have cited Aurora – a name which appeared in a Pentagon budget report in the 1980s – as an ongoing spy plane project for several years.

After the Catterick explosion officers carried out extensive searches in the area where the explosion was reported but found no obvious signs of an explosion.

During the course of the day, eight members of the public came forward to report hearing a what they describe as an explosion in the area.

“We are satisfied that the call to the police was made with good intent.

“The investigation is still ongoing but there is no information or evidence to say this reported explosion was a criminal or deliberate act.”

1930 – Haile Selassie was crowned emperor of Ethiopia.  He was the heir to a dynasty that traced its origins to the 13th century, and from there by tradition back to King Solomon and Queen Makeda, Empress of Axum, known in the Abrahamic tradition as the Queen of Sheba. Haile Selassie is a defining figure in both Ethiopian and African history.
Among the Rastafari movement, Haile Selassie is revered as the returned messiah of the Bible, God incarnate, perceiving  Haile  as a messianic figure who will lead a future golden age of eternal peace, righteousness, and prosperity. Haile Selassie was an Ethiopian Orthodox Christian throughout his life.

1950 – George Bernard Shaw died.  Irish playwright and a co-founder of the London School of Economics. Although his first profitable writing was music and literary criticism, in which capacity he wrote many highly articulate pieces of journalism, his main talent was for drama, and he wrote more than 60 plays. He was also an essayist, novelist and short story writer. Nearly all his writings address prevailing social problems, but have a vein of comedy which makes their stark themes more palatable. Issues which engaged Shaw’s attention included education, marriage, religion, government, health care, and class privilege.

He died , aged 94, from chronic problems exacerbated by injuries he incurred by falling from a ladder. 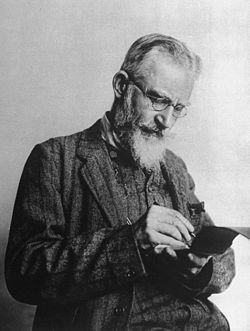 1957 – The Levelland UFO Case in Levelland, Texas.  The case is considered to be one of the most impressive in UFO history, mainly because of the large number of witnesses involved over a relatively short period of time.

1960 – Penguin Books is found not guilty of obscenity in the trial R v Penguin Books Ltd., the Lady Chatterley’s Lover case.
R v Penguin Books Ltd was the public prosecution at the Old Bailey of Penguin Books under the Obscene Publications Act 1959 for the publication of D. H. Lawrence‘s  Lady Chatterley’s Lover. The trial was a test case of the defense of public good provision under section 4 of the Act which was defined as a work “in the interests of science, literature, art or learning, or of other objects of general concern”.
The jury found for the defendant in a result that ushered in the liberalisation of publishing, and which some saw as the beginning of the permissive society in Britain.

1965 – Norman Morrison, a 31-year-old Quaker, set himself on fire in front of the river entrance to the Pentagon to protest the use of napalm in the Vietnam war.

1772 – Samuel Taylor Coleridge born. English poet, literary critic and philosopher who, with his friend William Wordsworth, was a founder of the Romantic Movement in England and a member of the Lake Poets. He is probably best known for his poems The Rime of the Ancient Mariner and Kubla Khan, as well as for his major prose work Biographia Literaria. His critical work, especially on Shakespeare, was highly influential, and he helped introduce German idealist philosophy to English-speaking culture. 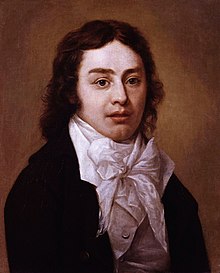 During the 1964 United States presidential campaign Gillespie, with tongue in cheek, put himself forward as an independent write-in candidate.He promised that if he were elected, the White House would be renamed The Blues House, and a cabinet composed of Duke Ellington (Secretary of State), Miles Davis (Director of the CIA), Max Roach (Secretary of Defense), Charles Mingus (Secretary of Peace), Ray Charles (Librarian of Congress), Louis Armstrong (Secretary of Agriculture), Mary Lou Williams (Ambassador to the Vatican), Thelonious Monk (Travelling Ambassador) and Malcolm X (Attorney General).

What a chance America missed !

In 1971 Gillespie announced he would run again  but withdrew before the election for reasons connected to the Bahá’í Faith.

.
1921 – American President Warren G. Harding delivered the first speech by a sitting President against lynching in the deep south

1924 – Celia Cruz born.  Cuban-American salsa performer. One of the most popular salsa artists of the 20th century, she earned twenty-three gold albums and was renowned internationally as the “Queen of Salsa” as well as “La Guarachera de Cuba.”

1967 – Vietnam War: More than 100,000 war protesters gathered in Washington, D.C.. A peaceful rally at the Lincoln Memorial was followed by a march to The Pentagon and clashes with soldiers and United States Marshals protecting the facility. Similar demonstrations occurred simultaneously in Japan and Western Europe.

1969 – Jack Kerouac died. American novelist and poet,  considered a literary iconoclast and, alongside William S. Burroughs and Allen Ginsberg, a pioneer of the Beat Generation.  Kerouac died, aged 47,  from internal bleeding due to long-standing abuse of alcohol.