1913 – Muddy Waters born. American blues musician,  considered the “father of modern Chicago blues“. He was a major inspiration for the British blues explosion in the 1960s and is ranked No. 17 in Rolling Stone magazine’s list of the 100 Greatest Artists of All Time.

She was active in the Civil Rights movement, and worked with both Martin Luther King and Malcolm X.

1968 – Martin Luther King, Jr. was assassinated by James Earl Ray at a motel in Memphis, Tennessee. At 6:01 p.m., a shot rang out as King stood on the motel’s second-floor balcony. The bullet entered through his right cheek, smashing his jaw, then traveled down his spinal cord before lodging in his shoulder.

After emergency chest surgery, King was pronounced dead at St. Joseph’s Hospital at 7:05 p.m.  According to biographer Taylor Branch, King’s autopsy revealed that though only 39 years old, he “had the heart of a 60 year old“, which Branch attributed to the stress of 13 years in the civil rights movement.

He was a prolific scholar, who most famously published a chronology that purported to establish the time and date of the creation as the night preceding Sunday, 23 October 4004 BC, according to the proleptic Julian calendar. 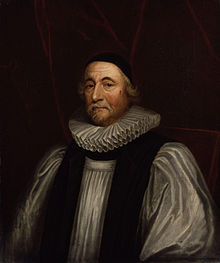 After years of hostility to secular music, as a preacher, and for a few years also as a church pastor, he turned to blues performance at the age of 25.

He quickly developed a unique style by applying the rhythmic drive, vocal power and emotional intensity of his preaching to the newly learned idiom. He was a formative influence on Robert Johnson and Muddy Waters.

Film historian Jimmy McDonough posits that  Meyer’s usage of physically and sexually overwhelming female characters places him in his own separate genre.

He argues that despite portraying women as sex objects, Meyer nonetheless depicts them as more powerful than men and is therefore an inadvertent feminist filmmaker. I dont think anyone who’s seen the amazing  Tura Satana in Faster Pussycat ! Kill ! Kill !  would argue with that. 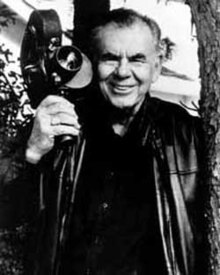 1925 – The Butler Act prohibited  Tennessee  public school teachers from denying the Biblical account of man’s origin. It also prevented the teaching of the evolution of man from what it referred to as lower orders of animals in place of the Biblical account.

Any teacher straying from the Creationist line would be guilty of a misdemeanor and be fined between $100 and $500 for each offense.

At the time, its most remarkable feature was its mix of black and white musical performers, in a revue intended for a racially mixed audience, at a time when almost all performances, radio stations and record labels were de facto segregated by race.

More tickets were printed than the arena’s actual capacity, in part due to counterfeiting, and a printing error (tickets for a follow-up ball were sold with the same date printed after the first had sold out).

With an estimated 20,000 individuals trying to crowd into an arena that held slightly more than half that — and worries that a riot might break out as people tried to crowd in — the fire authorities shut down the concert after the first song by opening act Paul “Hucklebuck” Williams ended.

A male-to-female transsexual, she starred in Andy Warhol‘s films Flesh (1968) and Women in Revolt (1971), and was a muse of  The Velvet Underground – the subject of their song Candy Says, and is  one of several Warhol associates memorialized in Lou Reed‘s  solo Walk on the Wild Side.