The remains of an 800-year-old monk have been uncovered, poking out of a cliff face in the Vale of Glamorgan.

They were spotted by walker Mandy Ewington at Monknash, which was a burial ground for Cistercian monks in the Middle Ages.

Archaeologist Mr Langford said: “You can clearly see a grave has been eroded into the sea. What is fascinating is you can see the two femurs being slowly revealed as the cliffs are eroded away.”

“There was a monastic community close to the area and these bones indicate a male in their late 20s who was in good health.”

“I would say they belong to a monk from the 1200s, due to previous archaeological digs in the past, the depth of the bones in the cliff and the history of the area.”

“He would likely be buried with nothing except two shroud rings which would have held his burial shroud in place at the head and feet.”

He said the winter storms had caused large parts of the British coastline to collapse and archaeological sites were being revealed and lost to the sea. 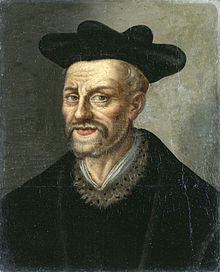