Historic statues of Winston Churchill and Margaret Thatcher could be cordoned off to prevent MPs from touching their feet for luck.

The tradition of politicians touching images of former prime ministers as they enter the Commons chamber is a gesture believed to bring good luck. But the parliamentary authorities have warned that the statues of Winston Churchill, Clement Attlee, Margaret Thatcher and David Lloyd George are now “seriously under threat” from the repeated wear and tear.

A “do not touch” sign will be put permanently on display and new MPs will not be informed about the tradition.

The House’s deputy curator, Melanie Unwin, told the cross-party Works of Art Committee: “Four statues (Winston Churchill, Clement Attlee, Margaret Thatcher and David Lloyd George) in the Members’ Lobby are seriously under threat due to the tradition of touching the toes of the statues for good luck.

“There are now cracks and small holes on the surface of the Churchill statue and substantial loss of surface texture on other statues.”

Well, that’s it then. The old bitch is dead and buried. I only hope someone thought to hammer a stake through her heart, or at least the cavity where a heart would normally be.

What a nice touch to have the funeral on the day that it was announced that UK unemployment has risen to 2.56 million. Had her corpse had been capable of hearing, it’d no doubt have thought “Ah, they’re playing my tune…”

And now the trash has been taken out, other battles to fight.

Those who keep telling me that Thatcher “changed Britain for ever” might like to consider a headline that appeared in a local newspaper here in North East England this week, and perhaps reflect on whether that was such a good thing. It refers to this city I live in.

Thatcher’s legacy – 10 million spent on a funeral, more and more people relying on food banks to survive. It dont half make you proud to be British.

Margaret Thatcher and the taboo of speaking ill of the dead

Interesting article on the BBC site, including advice from an ettiquette advisor –

“Obviously because Margaret Thatcher’s a political figure, and she was an important person, she is going to stir up emotions,” says etiquette expert Jean Broke-Smith.

“But if people are politically anti her, I hope they will be kind enough to say they didn’t agree with her, but they respect what she did. Now is not the time to churn up silliness or bring up bad points – it’s good etiquette to let her rest and focus on her good points,” she says.

Hang on – run that bit past me again…

“But if people are politically anti her, I hope they will be kind enough to say they didn’t agree with her, but they respect what she did.”

But many people didn’t respect what she did.

I didn’t respect what she did.

Are we supposed to to pretend everything was OK really, what a nice old lady she was really ? Just because she’s dead ?

She took little notice of criticism while alive, I hardly think its going to bother her much now.

As for the question of respect for the dead… respect has to be earned while you’re alive.

All the vitriol she’s received, she earned…and is at least an honest reaction.

Thatcher Dead – An Enemy Of The People

Probably one of the most telling comments about the nature of the late Thatcher came from one of her acolytes – Conservative MP Conor Burns, said to be a friend of hers, who was of the opinion that she would have been delighted by the spontaneous grassroots celebrations that have broken out nationwide since the news broke.

Really it just confirms what many of us already knew – that Thatcher regarded certain sections of the British public – the very people she as Prime Minister was supposed to be working for – as the enemy, to be beaten.

So she “won” did she ?  What did she win ?  Did she get satisfaction by crushing the very people she was supposed to be working for ?

Sadly, the answer is probably “yes”.  And that’s why people who remember her time in office, myself included, celebrate her death.

Tasteless ?  Perhaps… but then, her policies weren’t very tasteful either.

1596 – René Descartes born. French philosopher, mathematician, and writer who spent most of his adult life in the Dutch Republic. He has been dubbed the ‘Father of Modern Philosophy‘, and much subsequent Western philosophy is a response to his writings.

In a documentary about his life, Ken Burns notes that “for more than thirteen years, Jack Johnson was the most famous and the most notorious African-American on Earth.”

Miles Davis‘s 1971 album entitled A Tribute to Jack Johnson was inspired by the boxer. The end of the record features the actor Brock Peters (as Johnson) saying:  “I’m Jack Johnson. Heavyweight champion of the world. I’m black. They never let me forget it. I’m black all right! I’ll never let them forget it!” 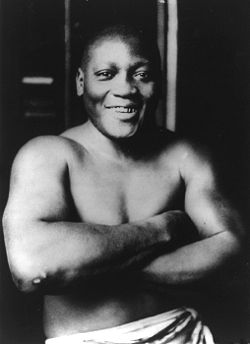 1990 – 200,000 protestors took to the streets of London to protest against the newly introduced Poll Tax.

The Poll Tax Riots were a series of mass disturbances, or riots, in British towns and cities during protests against the Community Charge (commonly known as the poll tax), introduced by the Conservative government led by Prime Minister Margaret Thatcher. The London event was by far the largest.

The riot in central London, with the national opposition to the Community Charge (especially vehement in the North of England and Scotland) contributed to the downfall of Thatcher, who resigned as Prime Minister in November the same year, defending a tax which an opinion poll had found only 12% favoured. The next Prime Minister, John Major, announced it would be abolished.

1216 – King John of England loses his crown jewels in The Wash.
According to contemporary reports, John travelled from Spalding in Lincolnshire to Bishop’s Lynn, in Norfolk, was taken ill and decided to return. While he took the longer route by way of Wisbech, he sent his baggage train, including his crown jewels, along the causeway and ford across the mouth of the Wellstream.
This route was usable only at low tide. The horse-drawn wagons moved too slowly for the incoming tide, and many were lost.The location of the accident is usually supposed to be somewhere near Sutton Bridge, on the River Nene. 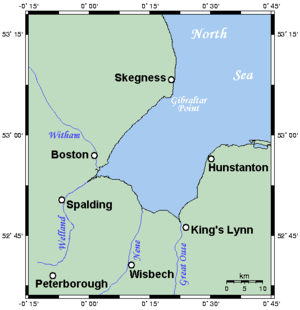 Astronomical study, however, permits a reconstruction of the tide table for the relevant day and it seems most likely, given travel in the usual daylight hours, that the loss would have been incurred in crossing the Welland Estuary at Fosdyke.
There is also a suspicion that John left his jewels in Lynn as security for a loan and arranged for their “loss”.

1692 – The Salem witch trials were ended by a letter from Massachusetts Governor William Phips.

Consequently, October 12th is Freethought Day , the annual observance by freethinkers and secularists of the anniversary of the effective end of the Salem Witch Trials.

1872 – Ralph Vaughan Williams born. English composer of symphonies, chamber music, opera, choral music, and film scores. He was also a collector of English folk music and song: this activity both influenced his editorial approach to the English Hymnal, beginning in 1904, in which he included many folk song arrangements set as hymn tunes, and also influenced several of his own original compositions.

1875 – Aleister Crowley born.  English occultist, mystic, ceremonial magician, poet and mountaineer, who was responsible for founding the religious philosophy of Thelema. In his role as the founder of the Thelemite philosophy, he came to see himself as the prophet who was entrusted with informing humanity that it was entering the new Aeon of Horus in the early 20th century.

1945 – Desmond Doss became  the first conscientious objector to receive the U.S. Medal of Honor. He refused to kill, or carry a weapon into combat, because of his personal beliefs as a Seventh-day Adventist. He thus became a medic, and his Medal of Honor was earned by the risks he took to save the lives of many comrades.

1964 – The Soviet Union launched Voskhod 1 into Earth orbit as the first spacecraft with a multi-person crew and the first flight without space suits.

1979 – The Hitchhiker’s Guide to the Galaxy by Douglas Adams was published.

T-shirts bearing messages anticipating the imminent (hopefully) demise of  Margaret Thatcher have been removed from sale outside the conference hall hosting the TUC Congress, in Brighton, amongst accusations of being “tasteless”. They were being sold to raise funds for the Derbyshire Unemployed Workers Centre.

One features a white cross on a grave with “Thatcher” across it, and the words: “A generation of trade unionists will dance on her grave”.

Another  has an image of Mrs Thatcher’s spitting image puppet, with the words “Hey ho the witch is dead”.

It should be “Hey ho the wicked witch is dead”.  And even that is questionable , as it defames by association practitioners of witchcraft.

A much better wording would have been  “Hey ho the wicked bitch is dead”. Maybe I should have a few made up…

Of course there’s been condemnations from Tory people and some Labour people (who are pretty much the same in these days of a new political class of interchangeable men  – and women – in suits and bad haircuts), but I dont think they realise the depth of hatred that Thatcher still inspires. Most of the UK’s problems today stem from her government’s policies.

Apparently we’re supposed to be sorry for her now that she’s suffering from dementia… all I can say is that the diagnosis came 30 years too late. There always seemed to be a taint of madness around the woman, and I recall the height of her power as a pretty frightening time, when  even a nuclear war seemed possible… along with her equally demented pal Ronald Reagan she seemed quite capable of starting one. In the event she just let him park his weapons of mass destruction here, and concentrated going to war with Argentina over a few rocks in the South Atlantic no-one knew were “ours” anyway.

But in any case, this current manufactured outrage about anti-Thatcher t-shirts is old hat. They were around in the 1980s, at the height of her dismantling of the welfare state, NHS, mining, shipbuilding, steel industries, public transport, council housing, etc. I had one and wore it with pride. It’s long gone now of course, but the same design was also produced on badges, and I still have one of those.

Here it is – a genuine piece of popular political comment from back in the day.

Incidentally, if you want to keep up with her current status, check out  isthatcherdeadyet.co.uk