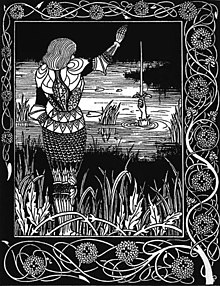 Peter Grant is a policeman in London.  Following his probationary period, he unexpectedly finds himself assigned to  a department they dont like to talk about (it comes  under the umbrella of Economic & Specialist Crime), due to a sensitivity to occult matters discovered when he tried to interview a ghost who claimed to have witnessed a murder.

Specialist is the right word – his particular department is the one that has to deal with all the weird shit no-one officaially acknowledges exists – you know, vampires, ghosts and   warring river gods.

See, back at the time of the Great Stink of 1858, Father Thames and his sons (tributories) retreated up the river, above Teddington Lock (the tidal limit of the river), and never returned.

Eventually the river found someone to fill the vacuum, a female  human suicide, and thus Mama Thames, ruler of the tidal reaches of the river, came into being.

‘As I stepped closer I could smell salt water and coffee, diesel and bananas, chocolate and fish guts. I didn’t need Nightingale [his boss] to tell me I was sensing something supernatural, a glamour so strong  it was like being washed away by the tide. In her presence I found nothing strange in the fact that the Goddess of the River was Nigerian.’