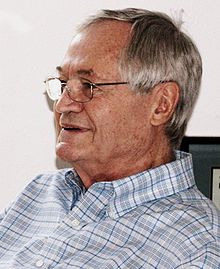 1697 – William Hogarth born. English painter, printmaker, pictorial satirist, social critic and editorial cartoonist who has been credited with pioneering western sequential art. His work ranged from realistic portraiture to comic strip-like series of pictures called “modern moral subjects”. Knowledge of his work is so pervasive that satirical political illustrations in this style are often referred to as “Hogarthian.” 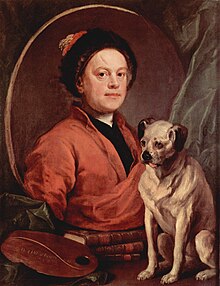 1891 – Arthur Rimbaud died.  French poet who produced his works while still in his late teens and gave up creative writing altogether before the age of 20. As part of the decadent movement, Rimbaud influenced modern literature, music, and arts, and prefigured surrealism.

1928 – Ennio Morricone born. Italian composer and conductor, who has written music for more than 500 motion pictures and television series, in a career lasting over 50 years.His scores have been included in over 20 award-winning films as well as several symphonic and choral pieces.

He is most famous for his work in the Spaghetti Westerns directed by his friend Sergio Leone, including A Fistful of Dollars (1964), For a Few Dollars More (1965), The Good, the Bad and the Ugly (1966), and Once Upon a Time in the West (1968), but his career includes a wide range of composition genres making him one of the world’s most versatile, prolific and influential artists.

1940 – Screaming Lord Sutch born. English musician, pirate radio pioneer and  founder of the Official Monster Raving Loony Party, which he served as  leader from 1983 to 1999. He stood for parliament numerous times since the early 1960s, but the real loonies always beat him.

1960 – D.H. Lawrence‘s novel Lady Chatterley’s Lover was first published in its entirety in the UK – its initial run of 200,000 copies had sold out by the end of the day.

It had been first published, in Florence, in 1928 but banned in the UK because of its sexual content [and the idea of one of the hoi polloi having it away with one of the nobs, no doubt]. A heavily edited version had been passed by the censors in 1932. 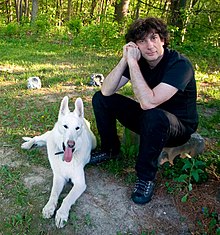 2001 – Ken Kesey died.  American author, best known for his novel One Flew Over the Cuckoo’s Nest (1962) and as a counter-cultural figure who considered himself a link between the Beat Generation of the 1950s and the hippies of the 1960s. “I was too young to be a beatnik, and too old to be a hippie,” Kesey said in a 1999 interview.

1179 – Hildegard of Bingen died. German writer, composer, philosopher, Christian mystic, Benedictine abbess, visionary, and polymath. One of her works as a composer, the Ordo Virtutum, is an early example of liturgical drama and arguably the oldest surviving morality play.

1716 – Jean Thurel enlisted in the Touraine Regiment of the French army at the age of 17, the first day of an extraordinarily long career that spanned over 90 years of service . Having been born during the reign of Louis XIV and died during that of Napoleon I, Thurel lived in three different centuries and served three different monarchs. In 1787, when his regiment was ordered to march to the coast to embark on ships, he was given the opportunity to travel in a carriage due to his advanced age. The 88-year-old Thurel refused the offer and marched the entire distance on foot, stating that he had never before traveled by carriage and had no intention of doing so at that time.

On 26 October 1804, at the age of 105, Thurel became one of the first recipients of the newly established l’Ordre National de la Legion d’Honneur (National Order of the Legion of Honor), the highest decoration in France. Napoleon I also rewarded him with a pension of 1,200 francs.He died in Tours on 10 March 1807, at the age of 107, after a brief illness.

1923 – Hank Williams born. American singer-songwriter and musician regarded as one of the most important country music artists of all time.

.
1935 – Ken Kesey born.  American author, best known for his novel One Flew Over the Cuckoo’s Nest (1962),and as a counter-cultural figure who considered himself a link between the Beat Generation of the 1950s and the hippies of the 1960s –  “I was too young to be a beatnik, and too old to be a hippie” – cue LSD and the Merry Pranksters.

1948 – Zionist terrorists The Lehi (also known as the Stern gang) assassinated Count Folke Bernadotte,  appointed by the UN to mediate between the Arab nations and Israel.
Ironically Bernadotte, a Swedish diplomat,  was noted for his negotiation of the release of about 31,000 prisoners from German concentration camps during World War II, including 450 Danish Jews from Theresienstadt.

1560 – Elizabeth Báthory born.  A countess of the  Báthory family of Hungarian nobility. Although the number of murders is debated, she has been labeled the most prolific female serial killer in history and is remembered as the “Blood Countess.”

After her husband Ferenc Nádasdy’s death, she and four collaborators were accused of torturing and killing hundreds of girls, with one witness attributing to them over 650 victims, though the number for which they were convicted was 80. Elizabeth herself was neither tried nor convicted. In 1610, she was imprisoned in the Csejte Castle, now in Slovakia and known as Čachtice, where she remained bricked up  in a set of rooms until her death four years later.

Later writings about the case have led to legendary accounts of the Countess bathing in the blood of virgins  in order to retain her youth and subsequently also to comparisons with Vlad  the Impaler of Wallachia, on whom the fictional Count Dracula is partly based, and to modern nicknames of the Blood Countess and Countess Dracula.

1876 – Mata Hari born as Margaretha Geertruida  Zelle , better known by the stage name Mata Hari, was a Dutch exotic dancer, courtesan, and accused spy  who was executed by firing squad in France under charges of espionage for Germany during World War I.

1930 – The last confirmed lynching of blacks in the Northern United States occurred –  in Marion, Indiana. Two men, Thomas Shipp and Abram Smith, were killed. They had been arrested the night before, charged with robbing and murdering a white factory worker, Claude Deeter, and raping his white girlfriend, Mary Ball. A large crowd broke into the jail with sledgehammers, beat the two men, and hanged them. When Abram Smith tried to free himself from the noose as his body was hauled up by the rope, he was lowered and then his arms broken to prevent him from trying to free himself again. Police officers in the crowd cooperated in the lynching. 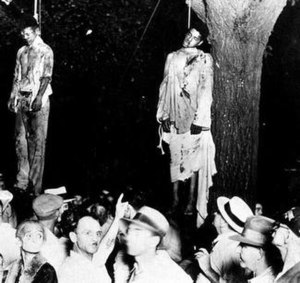 1947 – Thor Heyerdahl’s balsa wood raft the Kon-Tiki, smashed into the reef at Raroia in the Tuamotu Islands after a 101-day, 7,000 kilometres (4,300 mi) journey across the Pacific Ocean in an attempt to prove that pre-historic peoples could have traveled from South America.