1702 – Anne Bonny born. Irish woman who became a famous female pirate, operating in the Caribbean. Official records and contemporary letters dealing with her life are scarce and most modern knowledge stems from Charles Johnson‘s A General History of the Pyrates (a contemporary collection of pirate biographies, thought to be embellished).

She married a poor sailor and small-time pirate named James Bonny, and sometime between 1714 and 1718, they moved to Nassau, on New Providence Island; known as a sanctuary for English pirates. There she met Jack “Calico Jack” Rackham, captain of the pirate sloop Revenge, and became his mistress. They had a child in Cuba, and continued the pirate life,  Anne  divorcing  her husband and marrying Rackham while at sea.

Bonny did not disguise herself as a man aboard the Revenge as is often claimed. She took part in combat alongside the men, and the accounts of her exploits present her as competent, effective in combat, and respected by her shipmates. 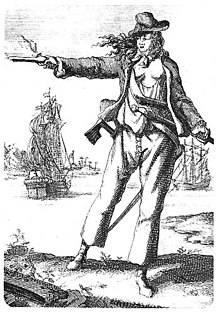 1948 – Peggy March born. American singer,  primarily remembered by the world at large for her 1963 million-selling song “I Will Follow Him”, but here at Alchemy & Accident for her Northern Soul favorite “If You Loved Me”, a vocal version of that great instrumental “Soul Coaxing”.

In 1908 the Church of England appointed him as director of excavations at Glastonbury Abbey. Before he was dismissed by Bishop Armitage Robinson in 1921, his excavations rediscovered the nature and dimensions of a number of buildings that had occupied the site.

His work at Glastonbury Abbey is one of the first documented examples of psychic archaeology and remains a principal case in many discussions of that subject . He claimed to have contacted dead monks and the supposed builder of the Edgar Chapel at Glastonbury who he said advised him where to excavate, enabling him to locate two chapels.

In 1919 he published The Gates of Remembrance, which revealed that he had employed psychical methods to guide his excavation of the Glastonbury ruins, using first Captain John Allan Bartlett (‘John Alleyne’) as a medium, and later others. As a consequence of these revelations his relations with his employers, who strongly disapproved of spiritualism, deteriorated, and he was sacked in 1921.