St. Mary Magdalen’s Day
Patron [matron ?] saint of pharmacists, hairdressers, repentant sinners and prostitutes.
Historically, her name would probably have been Mariam, rather than Mary, and she may well have been the wife of the historical Yeoshua [Jesus].  Gnostic writings describe tensions and jealousy between her  and other disciples, so perhaps the Yoko Ono figure in the group dynamic.

1284 – A musician dressed in a patched, multi-colourd coat – thus known as ther Pied Piper – appeared in the town of Hamel, Brunswick, struck his pest-control deal, and exacted his famous revenge when the burghers reneged.

1918 –   Death of Indra Lal Roy, Indian  WWI flying ace –  born in Calcutta, he flew with the Royal Flying Corps over France, he claimed 11 victories before being killed in action over Carvin  while flying in formation with two other S.E.5a in a dog fight against Fokker D.VIIs of Jagdstaffel 29. Roy was posthumously awarded the Distinguished Flying Cross (DFC) in September 1918 for his actions during the period of 6–19 July 1918. He is buried at Estevelles Communal Cemetery.

1934 – Death of Public Enemy #1 -gangster John Dillinger, shot dead by US federal agents outside the Biograph Cinema, Chicago. He was struck three (or four, according to some historians) times, with two bullets entering the chest, one of them nicking his heart, and the fatal shot – which entered  through the back of his neck, severed his spinal cord and tore through his brain before exiting out the front of his head just under his right eye.

There were reports of people dipping their handkerchiefs and skirts into the blood pool that had formed as Dillinger lay in the alley in order to secure keepsakes of the entire affair, and his gravestone, in Crown Hill Cemetery, Indianapolis, has had to be replaced several times because of people chipping off pieces as souvenirs. 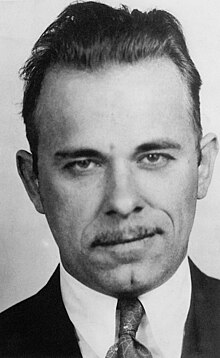 1942 – The systematic deportation of Jews from the Warsaw Ghetto begins.

1946 –   The Irgun,  a Zionist terrorist organisation,  bombed the King David Hotel in Jerusalem, site of the civil administration and military headquarters for Mandate Palestine, resulting in 91 deaths,   most of them being staff of the hotel or Secretariat:

21 were first-rank government officials; 49 were second-rank clerks, typists and messengers, junior members of the Secretariat, employees of the hotel and canteen workers; 13 were soldiers; 3 policemen; and 5 were members of the public. By nationality, there were 41 Arabs, 28 British citizens, 17 Palestinian Jews, 2 Armenians, 1 Russian, 1 Greek and 1 Egyptian. 46 people were injured. Some of the deaths and injuries occurred in the road outside the hotel and in adjacent buildings. No identifiable traces were found of thirteen of those killed.

The Irgun was a political predecessor to Israel’s right-wing Herut (or “Freedom”) party, which led to today’s Likud party. Likud has led or been part of most Israeli governments since 1977. Which may explain a lot about contemporary Middle Eastern politics…