Historic statues of Winston Churchill and Margaret Thatcher could be cordoned off to prevent MPs from touching their feet for luck.

The tradition of politicians touching images of former prime ministers as they enter the Commons chamber is a gesture believed to bring good luck. But the parliamentary authorities have warned that the statues of Winston Churchill, Clement Attlee, Margaret Thatcher and David Lloyd George are now “seriously under threat” from the repeated wear and tear.

A “do not touch” sign will be put permanently on display and new MPs will not be informed about the tradition.

The House’s deputy curator, Melanie Unwin, told the cross-party Works of Art Committee: “Four statues (Winston Churchill, Clement Attlee, Margaret Thatcher and David Lloyd George) in the Members’ Lobby are seriously under threat due to the tradition of touching the toes of the statues for good luck.

“There are now cracks and small holes on the surface of the Churchill statue and substantial loss of surface texture on other statues.” 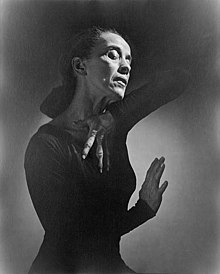 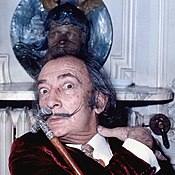 Thatcher Dead – Her Spawn Live On

Well, I suppose if I can find one good thing to say about Thatcher,  its that she didn’t  encourage the fruit of her loins – the terrible twins Carol and Mark – to follow her into politics.

Carol has followed some kind of career in journalism, as an author (biographies of mummy and daddy) and a “personality”.  A very annoying personality, and one no-one would have entertained on national media had it not been for her parentage.

She did have her moments.

In 2007 she travelled to the Falkland Islands and Argentina for the documentary Mummy’s War...

During her stay in Argentina she met a group of mothers who lost their sons during the conflict and stated, with all the sensitivity of her mother – “We were fighting a war; we won, you lost,” and reminded them that it was their country that invaded the islands, thus initiating the conflict. The interview ended with one of the women claiming that “God will punish her (Margaret Thatcher)”.

And diplomatic as ever, in 2009 she got the heave-ho from the BBC for making racist comments about a black tennis player.

Still, even with the insensitivity and casual racism, she’s like Snow White compared to her slimy sibling Mark.

During the mid- to late 1980s concerns were frequently expressed in relation to his business affairs. In 1984 his mother faced questions in the House of Commons in relation to his involvement in representing a British company Cementation, a subsidiary of Trafalgar House to build a university in Oman at a time when the prime minister was urging Omanis to buy British.

He has denied claims made that in 1985 he received millions of pounds in commission in relation to the £45 billion Al-Yamamah arms deal, a controversial arms sale by BAE to Saudi Arabia which was possibly the largest arms sale ever; he has not disputed that a house in Belgravia , London was purchased for him for £1 million in 1987 by an offshore company controlled by Wafic Said, a middleman in the deal.

In 1986 his mother faced questions in the House of Commons again over her son’s relationship with the Sultan of Brunei. The government’s PR advisers suggested that it would be best if he left the country !

So he was banished to Texas, and later spent time in Switzerland as a tax exile until he was forced to leave when the Swiss authorities started to question his residency qualifications.

Back in the USA in 1996 he was prosecuted for tax evasion, at which point he moved to South Africa.

In 1998 South African authorities investigated a company owned by Thatcher for allegedly running loan shark operations. According to the Star of Johannesburg’, the company had offered unofficial small loans to hundreds of police officers, military personnel and civil servants and then pursued them with debt collectors.

In 2003, following the death of his father he assumed the title of ‘Sir’ due to his Thatcher Baronetcy , a year before he was arrested in South Africa in connection with the 2004 Equatorial Guinea coup d’état attempt to which he pleaded guilty of breaking anti-mercenary legislation in January 2005. At this time the Sunday Times suggested that he had personal assets of £60 million, most of which was in offshore accounts.

He moved to Monaco on a temporary residency permit.His Monaco residency was not renewed as he was said to be on a list of ‘undesirables’ who would not be allowed further residency and he was required to leave by mid-2006.

He was refused a entry visa to the USA due to his conviction in South Africa.

I do hope someone at the Tax authorities is checking up to see how much UK tax he has avoided over the years.

My god, what a dysfunctional family !