His persona in the act was that of a dim-witted albeit crafty con artist, seemingly of rural Italian origin, who wore shabby clothes, and sported a curly-haired wig and Tyrolean hat.

In addition to his work as a performer, he played an important role in the management and development of the act, at least in its early years.

He gained worldwide fame and became a cultural icon for his portrayal of James T. Kirk, captain of the USS Enterprise, in the science fiction television series Star Trek.

He also starred in the 1966 gothic horror film Incubus, the second feature-length movie ever made with all dialogue spoken in Esperanto.

1848 – Battle of Ballingarry, Tipperary, Ireland – an unsuccessful nationalist revolt against British rule was put down by police. The Young Irelander Rebellion was a failed  nationalist uprising led by the Young Ireland movement, part of the wider Revolutions of 1848 that affected most of Europe.  After being chased by a force of Young Irelanders and their supporters, an Irish Constabulary unit raided a house and took those inside as hostages. A several-hour gunfight followed, but the rebels fled after a large group of police reinforcements arrived.

It is sometimes called the Famine Rebellion, as it took place during the Great Irish Famine.

1885 – Theda Bara born as  Theodosia Burr Goodman.  American silent film actress, one of the most popular of her era –  ranking behind only Charlie Chaplin and Mary Pickford – and one of cinema’s earliest sex symbols. Her femme fatale roles earned her the nickname “The Vamp”.  She made more than 40 films between 1914 and 1926, but complete prints of only six still exist.

“Theda Bara” is an anagram of “Arab Death“ 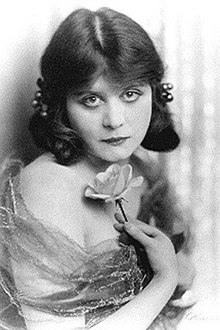 1890 – Vincent van Gogh died, 29 hours after he had  shot himself. His reported last words were  “The sadness will last forever.”

1907 – Sir Robert Baden-Powell set up the Brownsea Island Scout camp in Poole Harbour on the south coast of England, United Kingdom. The camp ran  from August 1 to August 9, 1907, and is regarded as the foundation of the Scouting movement.