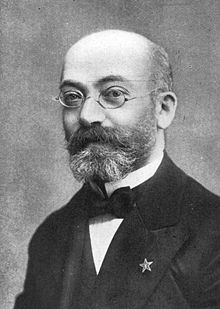 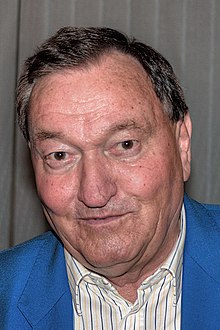 His persona in the act was that of a dim-witted albeit crafty con artist, seemingly of rural Italian origin, who wore shabby clothes, and sported a curly-haired wig and Tyrolean hat.

In addition to his work as a performer, he played an important role in the management and development of the act, at least in its early years.

He gained worldwide fame and became a cultural icon for his portrayal of James T. Kirk, captain of the USS Enterprise, in the science fiction television series Star Trek.

He also starred in the 1966 gothic horror film Incubus, the second feature-length movie ever made with all dialogue spoken in Esperanto.

37 – Nero born. Nero Claudius Caesar Augustus Germanicus, Roman Emperor from 54 to 68, and the last in the Julio-Claudian dynasty.

1890 – Sitting Bull died. Hunkpapa Lakota Sioux holy man who led his people as a tribal chief during years of resistance to United States government policies. Born near the Grand River in Dakota Territory, he was killed by Indian agency police on the Standing Rock Indian Reservation during an attempt to arrest him and prevent him from supporting the Ghost Dance movement.

1921 – Alan Freed born.  American disc jockey. He became internationally known for promoting the mix of blues, country and rhythm and blues music on the radio in the United States and Europe under the name of rock and roll. His career was destroyed by the payola scandal that hit the broadcasting industry in the early 1960s.

1973 – The American Psychiatric Association voted 13–0 to remove homosexuality from its official list of psychiatric disorders, The Diagnostic and Statistical Manual of Mental Disorders (DSM).

1533 – Atahualpa, the 13th and last emperor of the Incas, died by strangulation at the hands of Francisco Pizarro’s Spanish conquistadors. His death marked the end of 300 years of Inca civilization.

1887 – The Unua Libro (Esperanto:  First Book) was the first publication to describe the international language Esperanto (then called Lingvo Internacia, “international language”).First published in Russian  in Warsaw, by Dr. L.L. Zamenhof, the creator of Esperanto, over the next few years editions were published in Russian, Hebrew, Polish, French, German, and English.

The booklet included the Lord’s Prayer, some Bible verses, a letter, poetry, the sixteen rules of grammar and 900 roots of vocabulary. Zamenhof declared, “an international language, like a national one, is common property.” and signed the work as “Doktoro Esperanto”   –  the title stuck as the name of the language which means “one who is hoping”.

1894 – Aldous Huxley born – English author, best known for  his novel Brave New World and his experiments with  psychedelic drugs, resulting in the essays The Doors of Perception  (from which the band The Doors took their name).

1984 – Ed Gein died.  American murderer and grave robber., his crimes, committed around his hometown of Plainfield, Wisconsin, gathered widespread notoriety after authorities discovered he had exhumed corpses from local graveyards and fashioned trophies and keepsakes from their bones and skin, although he apparently drew the line at necrophilia. After police found body parts in his house in 1957, Gein confessed to killing two women.

The police investigation of his house uncovered –

Sentenced to life imprisonment in a mental hospital,  his case influenced the creation of several fictional serial killers, including Norman Bates from Psycho, Leatherface from The Texas Chainsaw Massacre and Jame Gumb from The Silence of the Lambs.