Fodor was one of the leading authorities on poltergeists, haunting and all kinds of paranormal phenomena usually associated with mediumship.

A one time associate of  Sigmund Freud, he  wrote on subjects like prenatal development and dream interpretation, but is credited mostly for his magnum opus, Encyclopedia of Psychic Science, first published in 1934. Among the subjects he closely studied was the case of Gef the talking mongoose.

Fodor took a psychoanalytic approach to supernatural phenomena, and  pioneered the theory that poltergeists are external manifestations of conflicts within the subconscious mind rather than autonomous entities with minds of their own.

He also studied dream telepathy and came to the conclusion that some kind of communication could take place between people with close emotional ties.

1917 – Three children – Lúcia Santos and her cousins Jacinta and Francisco Marto –   reported the first apparition of Our Lady of Fátima in Fátima, Portugal.

The events at Fátima gained particular fame due to their elements of prophecy and eschatology, particularly with regard to possible world war and the conversion of Soviet Russia.

The apparitions  were officially declared “worthy of belief” by the Catholic Church. 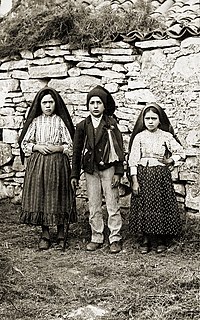