A Labour councillor has claimed Russia’s President Putin is being advised by an alien race.

Simon Parkes told an audience of around 30 people in Wallsend, North Tyneside, that recent hostilities in Eastern Europe are down to extraterrestrial intervention.

Coun Parkes, who has previously claimed he has had ‘hundreds’ of alien encounters in his own life, blamed a group of aliens he calls the Nordics for President Putin’s aggression in the Ukraine.

The North Yorkshire councillor said the Nordics were supporting Putin against percieved American influences in the area.

“Putin had been part of a group advised by reptiles. Nordics made a counter offer to Putin.

“The technology the Nordics are giving to Putin is on a par with America.

“The Nordics have told Putin he no longer has to toe the American line, hence his resistance.”

The Whitby councillor also told the audience at The…

It’s called the Natural Health Service – and sums up the therapeutic benefits flowing from green spaces and contact with wildlife.

“Nature is good for us. This is something that we intuitively know, and for which there is mounting evidence,” says Northumberland Wildlife Trust chief executive Mike Pratt.

“Stroll through a nature reserve, or just watch wildlife from your window – all contribute to our physical, mental and emotional well being.”

For many urban dwellers, it is parks which offer a link to the natural world.

“Many people talk about “the other NHS” – the alternative and preventative health benefits that nature provided for free,” says Mike.

“After all, we are animals and are intrinsically linked to the ecosystem and life support provided through the surrounding environment.

“So it’s no surprise that we feel better when we interact with wildlife, and enjoy…

Seems a Surrealist managed to hack into Labour’s  press team’s Twitter account yesterday, giving the impression that  Ed Miliband had come up with his most revolutionary policy so far.

‘Everybody should have his own owl,’ said the tweet that quickly took flight on social media.

One tweeter said: ‘We had  hoped our compulsory owl  guarantee would be a head  turning policy, but sadly it’s no longer going to take flight. #tweettwoo’.

Another, Lucy Vine, said: ‘You know… I think a free owl would actually genuinely make me vote Labour.’

More serious-minded observers pointed out that it would be a  policy unlikely to find support at the Treasury, as baby barn owls cost around £80 each.

To provide one for all 63million people in the country would  cost £5billion a year, or around 5 per cent of the entire budget for the NHS.

But if you think…

Braughing, near Bishops Stortford, Hertfordshire.Reign of Elizabeth I.

As the coffin of one Matthew Wall, a local farmer, apparently deceased, was being carried to the church, a bearer slipped on some dead leaves and it was dropped.
To the suprise (and probably terror) of mourners, the corpse was revived by the jolt and subsequently made a full recovery, living on to a ripe old age.
In gratitude he instituted a dole to be distributed on this day.

1890 – Groucho Marx born.  American comedian and film and television star,  known as a master of quick wit and widely considered one of the best comedians of the modern era. His rapid-fire, often impromptu delivery of innuendo-laden patter earned him many admirers and imitators. He made 13 feature films with his siblings the Marx Brothers, of whom he was the third-born, and  also had a successful solo career, most notably as the host of the radio and television game show You Bet Your Life. His distinctive appearance was  carried over from his days in vaudeville and  included quirks such as an exaggerated stooped posture, glasses, cigar, and a thick greasepaint mustache and eyebrows.

.
1968 – Marcel Duchamp died.  French artist whose work is most often associated with the Dadaist and Surrealist movements. Considered by some to be one of the most important artists of the 20th century, Duchamp’s output influenced the development of post-World War I Western art. 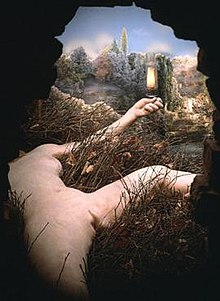 1959 –  The Twilight Zone premieres on CBS television in the USA.