1855 – The Devil’s Footprints mysteriously appeared around the Exe Estuary in East Devon and South Devon, England.

After a heavy snowfall, trails of hoof-like marks appeared overnight in the snow covering a total distance of some 40 to 100 miles. The footprints were so called because some people believed that they were the tracks of Satan, as they were allegedly made by a cloven hoof.

Kropotkin advocated a communist society free from central government and based on voluntary associations between workers. He wrote many books, pamphlets and articles, the most prominent being The Conquest of Bread and Fields, Factories and Workshops, and his principal scientific offering, Mutual Aid: A Factor of Evolution. He also contributed the article on anarchism to the Encyclopædia Britannica (Eleventh Edition). 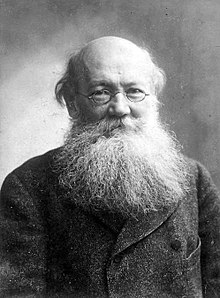 1926 – Neal Cassady born. A major figure of the Beat Generation of the 1950s and the psychedelic movement of the 1960s. He served as the model for the character Dean Moriarty in Jack Kerouac‘s novel On the Road.

1913 – Rosa Parks born.  American civil rights activist. On December 1, 1955, in Montgomery, Alabama, Parks refused to obey bus driver James F. Blake‘s order that she give up her seat in the colored section to a white passenger, after the white section was filled.

Parks was not the first person to resist bus segregation, others had taken similar steps in the twentieth century, but NAACP organizers believed that Parks was the best candidate for seeing through a court challenge after her arrest for civil disobedience. 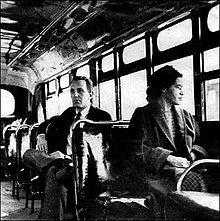 He served as the model for the character Dean Moriarty in Jack Kerouac‘s novel On the Road, in which the narrator, Sal Paradise (the personification of Jack Kerouac) states to the reader, “He  (Moriarty/Cassady) was simply a youth tremendously excited with life, and though he was a con-man, he was only conning because he wanted so much to live and to get involved with people who would otherwise pay no attention to him…Somewhere along the line I knew there’d be girls, visions, everything; somewhere along the line the pearl would be handed to me.”

1975 – Louis Jordan died. Pioneering American musician, songwriter and bandleader who enjoyed his greatest popularity from the late 1930s to the early 1950s. Known as “The King of the Jukebox”, he was highly popular with both black and white audiences in the later years of the swing era.

With his dynamic Tympany Five bands, Jordan mapped out the main parameters of the classic R&B, urban blues and early rock’n’roll genres with a series of hugely influential 78 rpm discs for the Decca label. These recordings presaged many of the styles of black popular music in the late 1940s, 1950s and 1960s, and exerted a huge influence on many leading performers in these genres.

When asked why he continued to play live well into his middle age, he told the LA Times: