1833 – Kaspar Hauser died. German youth who claimed to have grown up in the total isolation of a darkened cell. Hauser’s claims, and his subsequent death by stabbing, sparked much debate and controversy.

On 26 May 1828, a teenage boy appeared in the streets of Nuremberg, Germany. He carried a letter with him addressed to the captain of the 4th squadron of the 6th cavalry regiment, Captain von Wessenig. Its heading read: Von der Bäierischen Gränz / daß Orte ist unbenant / 1828 (“From the Bavarian border / The place is unnamed [sic] / 1828”).

The anonymous author said that the boy was given into his custody as an infant on 7 October 1812 and that he instructed him in reading, writing and the Christian religion, but never let him “take a single step out of my house”. The letter stated that the boy would now like to be a cavalryman “as his father was” and invited the captain either to take him in or to hang him.

There was another short letter enclosed purporting to be from his mother to his prior caretaker. It stated that his name was Kaspar, that he was born on 30 April 1812 and that his father, a cavalryman of the 6th regiment, was dead. In fact this letter was found to have been written by the same hand as the other one (whose line “he writes my handwriting exactly as I do” led later analysts to assume that Kaspar himself wrote both of them 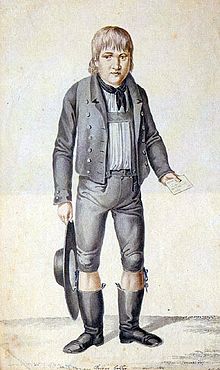 1938 – Carlo Little born.  Rock and roll drummer, based in the London nightclub scene in the 1960s. He played in an early version of The Rolling Stones, and  was also with Cyril Davies’ All Stars and was a founding member of Screaming Lord Sutch’s Savages.

He is credited with giving Keith Moon his sound and style. Little was the loudest drummer many had ever seen or heard, one of the first to ever hammer the bass drum. After a Savages show Moon begged Little to give him lessons, initially Carlo said no but reconsidered after thinking he could use the extra money.

1969 – The United States Air Force closesd its study of UFOs – Project Blue Book, which had started in 1952.
It had two goals:

– to determine if UFOs were a threat to national security, and
– to scientifically analyze UFO-related data.

By the time Project Blue Book ended, it had collected 12,618 UFO reports, and concluded that most of them were misidentifications of natural phenomena (clouds, stars, etc.) or conventional aircraft. According to the National Reconnaissance Office a number of the reports could be explained by flights of the formerly secret reconnaissance planes U-2 and A-12. A small percentage of UFO reports were classified as unexplained, even after stringent analysis.