41 – Roman Emperor Caligula assassinated by his  Praetorian Guards, who then proclaimed Caligula’s uncle Claudius as Emperor.

There are few surviving sources on Caligula’s reign, although he is described as a noble and moderate ruler during the first two years of his rule. After this, the sources focus upon his cruelty, extravagance, and sexual perversity, presenting him as an insane tyrant. 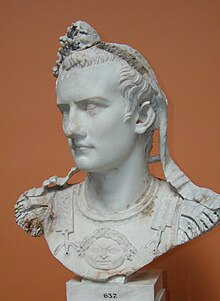 76 – Hadrian born.  Roman Emperor from 117 to 138,  best known for building Hadrian’s Wall, which marked the northern limit of Roman Britain.

In Rome, he re-built the Pantheon and constructed the Temple of Venus and Roma. In addition to being emperor, Hadrian was a humanist and was philhellene in most of his tastes. He was the third of the so-called Five Good Emperors.

1947 – Warren Zevon born. American rock singer-songwriter and musician. He was known for the dark and somewhat bizarre sense of humor in his lyrics.

1986 – L. Ron Hubbard died.  American pulp fiction author and the founder of the Church of Scientology. After establishing a career as a writer, becoming best known for his science fiction and fantasy stories, he developed a self-help system called Dianetics which was first published in May 1950.

He subsequently developed his ideas into a wide-ranging set of doctrines and rituals as part of a new religious movement that he called Scientology. His writings became the guiding texts for the Church of Scientology and a number of affiliated organizations that address such diverse topics as business administration, literacy and drug rehabilitation.

He suffered a stroke on January 17, 1986, and died a week later.His body was cremated following an autopsy and the ashes were scattered at sea.

Scientology leaders announced that his body had become an impediment to his work and that he had decided to “drop his body” to continue his research on another planet, having “learned how to do it without a body.” 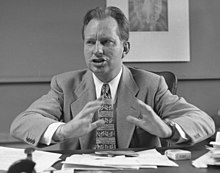