Marlowe was the foremost Elizabethan tragedian of his day, and  greatly influenced William Shakespeare, who was born in the same year as Marlowe and who rose to become the pre-eminent Elizabethan playwright after Marlowe’s mysterious early death. Marlowe’s plays are known for the use of blank verse, and their overreaching protagonists.

He was stabbed to death by Ingram Frizer. During an argument Marlowe snatched Frizer’s dagger and wounded him on the head. In the ensuing struggle, according to the coroner’s report, Marlowe was stabbed above the right eye, killing him instantly. The jury concluded that Frizer acted in self-defence, and within a month he was pardoned.

Marlowe was buried in an unmarked grave in the churchyard of St. Nicholas, Deptford immediately after the inquest, on 1 June 1593.

1778 – Voltaire died. French Enlightenment writer, historian and philosopher famous for his wit, his attacks on the established Catholic Church, and his advocacy of freedom of religion, freedom of expression, and separation of church and state.

Voltaire was a versatile writer, producing works in almost every literary form, including plays, poems, novels, essays, and historical and scientific works. He wrote more than 20,000 letters and more than 2,000 books and pamphlets. He was an outspoken advocate, despite strict censorship laws with harsh penalties for those who broke them. As a satirical polemicist, he frequently made use of his works to criticize intolerance, religious dogma, and the French institutions of his day. 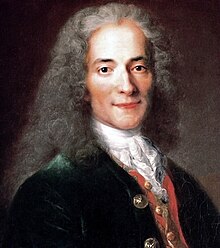 “Of all the jazz musicians, Sun Ra was probably the most controversial,” critic Scott Yanow said, because of Sun Ra’s eclectic music and unorthodox lifestyle.

Claiming that he was of the “Angel Race” and not from Earth, but from Saturn, Sun Ra developed a complex persona using “cosmic” philosophies and lyrical poetry that made him a pioneer of afrofuturism. He preached awareness and peace above all.