He played with a fluid, syncopated fingerstyle guitar technique, common among many exponents of Piedmont blues, although, unlike his contemporaries, he came to use twelve-string guitars exclusively.

McTell was also an adept slide guitarist,  and his vocal style, a smooth and often laid-back tenor, differed greatly from many of the harsher voice types employed by Delta bluesmen, such as Charley Patton. McTell embodied a variety of musical styles, including blues, ragtime, religious music and hokum.

She is best known for her electronic realisation of Ron Grainer‘s theme music to the British science fiction television series Doctor Who and for her work with the BBC Radiophonic Workshop.

When Grainer first heard it, he was so amazed by her rendering of his theme that he asked “Did I really write this?” to which Derbyshire replied “Most of it”.

Grainer attempted to get her a co-composer credit but the attempt was prevented by the BBC bureaucracy, who then preferred to keep the members of the Workshop anonymous.

1692 – Salem witch trials: in Salem, Massachusetts, five people, one woman and four men, including a clergyman, were executed after being convicted of witchcraft.

1745 – Prince Charles Edward Stuart raised his standard in Glenfinnan – the start of the Second Jacobite Rebellion, known as “the 45”.

1895 –  Outlaw John Wesley Hardin died.  When he was finally captured and sent to prison in 1878, Hardin claimed to have already killed 42 men, but newspapers of the era had attributed only 27 killings to him up to that point. While in prison, Hardin wrote his autobiography and studied law, attempting to make a living as an attorney after his release. He  was shot to death by John Selman, Sr. in the Acme Saloon, in El Paso, Texas.

One hundred years after his death, in August 1995, his graveside was the scene of a bizarre confrontation between two groups. One, representing the great-grandchildren of Hardin, sought to relocate the body to Nixon, TX, to be interred next to the grave of Hardin’s first wife. Opposing them was a group of El Pasoans intent on preventing the move.

At the cemetery, the group representing Hardin’s descendants presented a disinterment permit for the body of Hardin, while the El Pasoans countered with a court order prohibiting the removal of the body. Both sides accused the other parties of seeking the tourist revenue generated by the location of the body. A subsequent lawsuit ruled in favor of keeping the body in El Paso.

1959 – Blind Willie McTell died.  American Piedmont and ragtime blues singer and guitarist, also an adept slide guitarist. McTell’s influence extended over a wide variety of artists, including The Allman Brothers Band, who famously covered his “Statesboro Blues”, and Bob Dylan, who paid tribute to McTell in his 1983 song “Blind Willie McTell”; the refrain of which is, “And I know no one can sing the blues, like Blind Willie McTell”. Other artists include Taj Mahal, Ralph McTell, and The White Stripes. 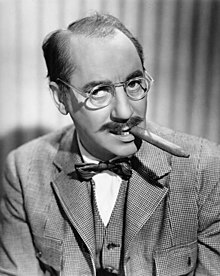