1776 – Establishment of the Illuminati in Ingolstadt, Upper Bavaria, by Adam Weishaupt, as  an Enlightenment-era secret society opposed to superstition, prejudice, religious influence over public life, abuses of state power, and in favour of  women’s education and gender equality.

The Illuminati were outlawed along with other secret societies by the Bavarian government leadership with the encouragement of the Roman Catholic Church, and permanently disbanded in 1785.

In the several years following, the group was vilified by conservative and religious critics who claimed they had regrouped and were responsible for the French Revolution. 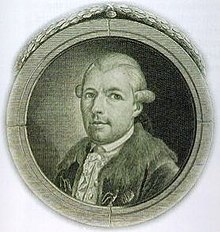 1999 – The body of British climber George Mallory was found on Mount Everest, 75 years after his disappearance in 1924.

During the 1924 British Mount Everest Expedition, Mallory and his climbing partner Andrew “Sandy” Irvine both disappeared somewhere high on the North-East ridge during their attempt to make the first ascent of the world’s highest mountain. The pair’s last known sighting was only about 800 vertical feet from the summit.

Whether Mallory and Irvine reached the summit before they died remains a subject of speculation and continuing research. Irvine’s body has not yet been found, nor his camera, which could contain photographic evidence that the pair were the first to reach the summit of Everest.