1814 – Joseph-Ignace Guillotin died.  French physician who proposed in  1789 the use of a device to carry out death penalties in France.

While he did not invent the guillotine, and in fact opposed the death penalty, his name became an eponym for it. The actual inventor of the prototype guillotine was Antoine Louis. 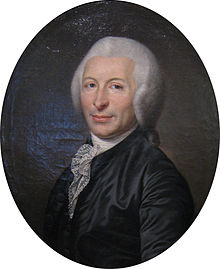 1859 – A. E. Housman born.  English classical scholar and poet, best known to the general public for his cycle of poems A Shropshire Lad.

Lyrical and almost epigrammatic in form, the poems’ wistful evocation of doomed youth in the English countryside, in spare language and distinctive imagery, appealed strongly to late Victorian and Edwardian taste, and to many early 20th century English composers (beginning with Arthur Somervell) both before and after the First World War.

Through its song-setting the poetry became closely associated with that era, and with Shropshire itself. 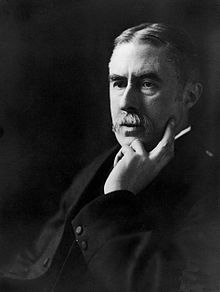 1923 – Sarah Bernhardt died.  French stage and early film actress, sometimes referred to as “the most famous actress the world has ever known“. She made her name on the stages of France in the 1870s, and was soon in demand in Europe and the Americas, and  developed a reputation as a serious dramatic actress.

In 1905, while performing in  La Tosca in Teatro Lírico do Rio de Janeiro, she injured her right knee when jumping off the parapet in the final scene. The leg never healed properly, and by  1915  gangrene had set in and her entire right leg was amputated; she was required to use a wheelchair for several months.

She reportedly refused a $10,000 offer by a showman to display her amputated leg as a medical curiosity and  continued her career,  often without using a wooden prosthetic limb; she had tried to use one but didn’t like it.

She died from uremia following kidney failure in 1923;  believed to have been 78 years old. 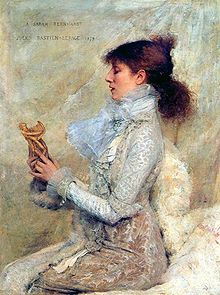 Pendergrass first rose to fame as lead singer of Harold Melvin & the Blue Notes in the 1970s before a successful solo career at the end of the decade. In 1982, he was severely injured in an auto accident in Philadelphia, resulting in his being paralyzed from the waist down.

Chandler had an immense stylistic influence on American popular literature, and is considered by many to be a founder, along with Dashiell Hammett, James M. Cain and other Black Mask writers, of the hard-boiled school of detective fiction.

His protagonist, Philip Marlowe, along with Hammett’s Sam Spade, is considered by some to be synonymous with “private detective,” both having been played on screen by Humphrey Bogart, whom many considered to be the quintessential Marlowe.

1927 – Kenneth Anger born.  American underground experimental filmmaker, actor and author of two controversial Hollywood Babylon books. Working exclusively in short films, he has produced almost forty works since 1937, nine of which have been grouped together as the “Magick Lantern Cycle“, and form the basis of Anger’s reputation as one of the most influential independent filmmakers in cinema history.His films variously merge surrealism with homoeroticism and the occult, and have been described as containing “elements of erotica, documentary, psychodrama, and spectacle.”

Anger himself has been described as “one of America’s first openly gay filmmakers, and certainly the first whose work addressed homosexuality in an undisguised, self-implicating manner“, and his “role in rendering gay culture visible within American cinema, commercial or otherwise, is impossible to overestimate“.  He has also focused upon occult themes in many of his films, being fascinated by Aleister Crowley, and is a follower of Crowley’s religion, Thelema.

1959 – Buddy Holly, Richie Valens, The Big Bopper   and pilot Roger Peterson died in an aircrash near Mason City, Iowa – “The day the music died” according to Don McClean.

1967 – Joe Meek, English innovative music producer extrodinaire, shot his landlady and then himself. The date may not be coincidence – he was obsessed with Buddy Holly and claimed to have received messages from him from beyond the grave.