‘Anyone who bleeds on this day will not live long thereafter.’

‘Anyone who sits in the church porch at midnight will see the forms of those who will die in the next 12 months  entering the building as midnight strikes.

A Scottish variation says that the names of the doomed will actually be called out, and the watcher in the porch can save  at least some of them , temporarily at least, by throwing off one item of clothing as each is called.’

1795 – John Keats born.   English Romantic poet, he was one of the main figures of the second generation of romantic poets along with Lord Byron and Percy Bysshe Shelley, despite his work only having been in publication for four years before his death.

Although his poems were not generally well-received by critics during his life, his reputation grew after his death, so that by the end of the 19th century he had become one of the most beloved of all English poets. He had a significant influence on a diverse range of poets and writers – Jorge Luis Borges stated that his first encounter with Keats was the most significant literary experience of his life. The poetry of Keats is characterized by sensual imagery, most notably in the series of odes. 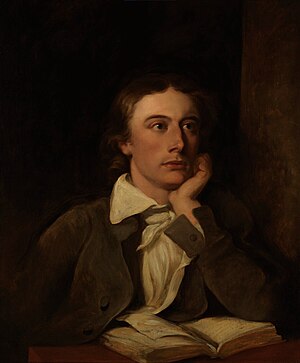 There is a popular legend that “hooker” as a slang term for a prostitute is derived from his last name because of parties and a lack of military discipline at his headquarters. Some versions of the legend claim that the band of prostitutes that followed his division were derisively referred to as “General Hooker’s Army” or “Hooker’s Brigade.”

However, the term “hooker” was used in print as early as 1845, years before Hooker was a public figure. 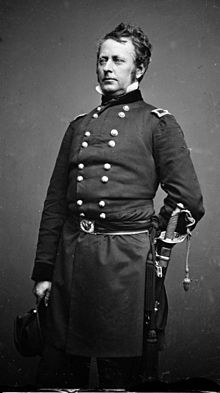 1926 – Harry Houdini died of gangrene and peritonitis that developed after his appendix ruptured.

1857 – Georges Gilles de la Tourette born.  French physician who could be classified today as a neurologist and the guy who gave his name to Tourette syndrome. 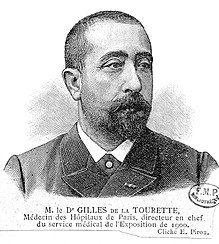 .
1871 – Paul Valéry born. French poet, essayist, and philosopher. His interests were sufficiently broad that he can be classified as a polymath. In addition to his poetry and fiction (drama and dialogues) and aphorisms on art, history, letters, music, and current events. 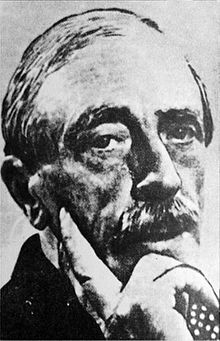 .
1893 – Charles Atlas born, originally known as Angelo Siciliano. You too could have a body like his – that advert must have been in every comic I read as a kid. It never convinced me enough to send him money, though.

1938 – Orson Welles broadcasts his radio play of H. G. Wells’s The War of the Worlds, causing anxiety in some of the audience in the United States.

1973 – The Bosporus Bridge in Istanbul, Turkey is completed, connecting the continents of Europe and Asia over the Bosporus for the first time.

1618 – Sir Walter Raleigh beheaded for allegedly conspiring against James I of England.

1917 – Eddie Constantine born.  American French actor and singer who spent his career working in Europe, where he became well known for a series of French B movies in which he played secret agent Lemmy Caution and is now best remembered for his role in Jean-Luc Godard’s philosophical science fiction film Alphaville (1965).
He also appeared in films by Rainer Werner Fassbinder (as himself in Beware of a Holy Whore,  1971), Lars von Trier, and Mika Kaurismäki. He continued reprising the role of Lemmy Caution well into his 70s; his final appearance as the character was in Jean-Luc Godard’s Allemagne 90 neuf zéro (1991).

1918 – The German High Seas Fleet was incapacitated when sailors mutinied on the night of the 29th-30th, an action which would trigger the German Revolution of 1918–1919.

1949 – George Gurdjieff died.   An influential spiritual teacher of the early to mid-20th century who taught that the vast majority of humanity lives their entire lives in a state of hypnotic “waking sleep,” but that it was possible to transcend to a higher state of consciousness and achieve full human potential.

1969 – The first-ever computer-to-computer link is established on ARPANET, the precursor to the Internet.

1997 – Anton LaVey died. The founder of the Church of Satan as well as a writer, occultist, and musician. He was the author of The Satanic Bible and the founder of LaVeyan Satanism, a synthesized system of his understanding of human nature and the insights of philosophers who advocated materialism and individualism, for which he claimed no supernatural or theistic inspiration.

The well house of the Lady Well at Hempstead, Gloucester, is the image adopted as the logo of the Holy Wells & Water Lore forum – http://holywells.boardhost.com

One tradition claims that the Virgin Mary, set foot here, and that the spring arose to quench her thirst. On the other hand, an alternative story is that the well was dedicated to Saint Anne, the supposed mother of the Virgin Mary.

For the full article and more images –

In the Roman Catholic Church he is the patron saint of desperate cases and lost causes. Which is very appropriate all things considered, because I couldn’t find anything else of interest to say about today.  A complete blank. Jude – you’re on !

Apparently he  is also  the patron saint of the Chicago Police Department. I’m not sure what that tells us about Chicago…

312 – Constantine the Great is said to have received his famous Vision of the Cross while preparing for the Battle of the Milvian Bridge.
Constantine’s victory gave him total control of the western Roman Empire, paving the way for Christianity to become the dominant religion for the Roman Empire and ultimately for Europe.

1838 – Missouri governor Lilburn Boggs issued the Extermination Order, which ordered all Mormons to leave the state or be exterminated.

1914 – Dylan Thomas born. Welsh poet and writer whose works include the poems, “Do not go gentle into that good night”, “And death shall have no dominion”, the “play for voices”, Under Milk Wood, and stories and radio broadcasts such as A Child’s Christmas in Wales and Portrait of the Artist as a Young Dog. He became popular in his lifetime, and remained popular after his death; partly due to his larger than life character, and his reputation for drinking to excess.

1923 – Roy Lichtenstein born. American pop artist. During the 1960s, his paintings were exhibited at the Leo Castelli Gallery in New York City and, along with Andy Warhol, Jasper Johns, James Rosenquist, and others he became a leading figure in the new art movement. His work defined the basic premise of pop art better than any other through parody. Favoring the old-fashioned comic strip as subject matter, Lichtenstein produced hard-edged, precise compositions that documented while it parodied often in a tongue-in-cheek humorous manner. His work was heavily influenced by both popular advertising and the comic book style. He described Pop Art as, “not ‘American’ painting but actually industrial painting”.

1932 – Sylvia Plath born. American poet, novelist and short story writer.Plath is credited with advancing the genre of confessional poetry and is best known for her two published collections: The Colossus and Other Poems and Ariel. In 1982, she became the first poet to win a Pulitzer Prize posthumously, for The Collected Poems. She also wrote The Bell Jar, a semi-autobiographical novel published shortly before her death.

899 – Alfred the Great died. King of Wessex from 871 to 899,  Alfred successfully defended his kingdom against  Viking attempst at conquest, and by his death had become the dominant ruler in England. He is the only English monarch to be accorded the epithet “the Great”. 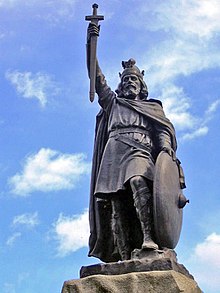 1440 – Gilles de Rais died. Gilles de Montmorency-Laval (1404–1440), Baron de Rais, was a Breton knight, a leader in the French army and a companion-in-arms of Joan of Arc. He is best known, however, for  his reputation and conviction as a prolific serial killer of children.

1764 – William Hogarth died. English painter, printmaker, pictorial satirist, social critic and editorial cartoonist who has been credited with pioneering western sequential art. His work ranged from realistic portraiture to comic strip-like series of pictures called “modern moral subjects”. Knowledge of his work is so pervasive that satirical political illustrations in this style are often referred to as “Hogarthian.” 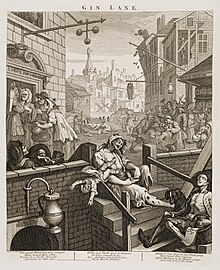 1881 – The Gunfight at the O.K. Corral took place at Tombstone, Arizona, at about 3:00 p.m. Generally regarded as the most famous gunfight in the history of the American Old West, the gunfight, believed to have lasted only about thirty seconds, was fought between the outlaw cowboys Billy Clanton, Tom McLaury and his brother Frank McLaury, and the opposing lawmen Virgil Earp and his brothers Morgan and Wyatt Earp, aided by Doc Holliday acting as a temporary deputy of Virgil.

Cowboys Ike Clanton and Billy Claiborne ran from the fight unharmed, but Ike’s brother Billy Clanton was killed, along with both McLaurys. Lawmen Holliday and Morgan and Virgil Earp were wounded. Only Wyatt Earp came through the fight unharmed.

The fight has come to represent a time in American history when the frontier was open range for outlaws opposed by law enforcement that was spread thin over vast territories, leaving some areas unprotected.

1911 – Mahalia Jackson born. American gospel singer. Possessing a powerful contralto voice, and known  as “The Queen of Gospel”,  Jackson became one of the most influential gospel singers in the world and was heralded internationally as a singer and civil rights activist. She was described by entertainer Harry Belafonte as “the single most powerful black woman in the United States”. She recorded about 30 albums (mostly for Columbia Records) during her career, and her 45 rpm records included a dozen  million-sellers.
“I sing God’s music because it makes me feel free,” Jackson once said about her choice of gospel, adding, “It gives me hope. With the blues, when you finish, you still have the blues.”

1977 – The last natural case of smallpox was discovered in Merca district, Somalia. The WHO and the CDC consider this date the anniversary of the eradication of smallpox, the most spectacular success of vaccination.

1985 – The Australian government returned ownership of Uluru to the local Pitjantjatjara Aborigines.